In April the 7th of 2012 we, six friends and I were clever enough to get tickets in the worldwide presale of Tomorrowland. Hundreds of friends didn’t. No idea what they all did wrong. However, after counting days for month finally the last weekend of July 2012 arrived and we started early in the morning around 8am from our small city in Germany straight ahead to Boom in Belgium. For us just a 1,5hour ride. And we made it to Boom in this time, but from the highway to the final parking place in front of the entrance it took us another 2 hours. No issue, with hundred liter beer on board the time passes by quite fast. Only our driver had to struggle. Poor guy, for the other party people in our partybus Tomorrowland 2012 had already started. Turn on the music, open the door and start partying in the traffic jam. In spite of all the people and cars, it was a relaxed atmosphere. The sun was shining and everyone was in a good mood. And we could enter the parking place of Tomorrowland without seeing any police guys. Don’t get me wrong, I have nothing against the police, but in Germany you have to pass a couple checks before you can enter a festival and the police seems to like watching someone’s ass to find a few grams of weed or whatever. But not in Belgium !! Tomorrowland is just made for happiness. 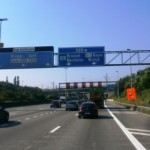 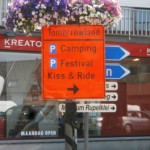 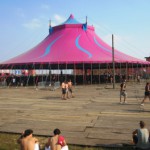 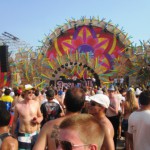 After passing the entrance without any trouble, we had a little bit to fight for enough space for our tents. After that we could call us new habitants of Dreamville. Our new home for almost 5 days. A lovely camping place with everything you need. BBQ- areas, food miles, own newspaper service, good sanitary areas and a lot more…Just nice !!

The arrival day was Thursday. For this day an intro party in Dreamville was planned. A “Warm up” haha. Sounds like a small thing, but it was a huge stage and Dimitri and Vegas rocked it hard. On this day I thought, what will Tomorrowland itself deliver? The warm up was already amazing!! But I the following days should show me, what it means to be in Tomorrowland. It was mind blowing and I don’t even know where to start. I mean Tomorrowland has everything, you really feel like in “Tomorrowland”. The stages with all the decoration, the laser-light- and pyrotechnics -shows combined with the finest electro beats from the best DJs around the world, the perfect weather, the party-crowd, which is your family for this weekend, the pools in the festival area, the church of love….everything together is just MADNESS. I was almost crying for feeling of happiness, when I was standing in front of the main stage and acts like Skrillex, Steve Aoki and David who were performing. It was just a total stimulus satiation. Freaking godlike. I will never forget it. And I get a shiver just talking about it. 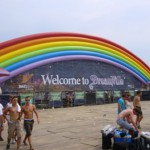 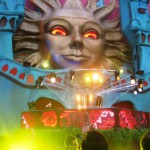 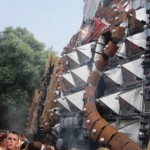 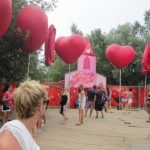 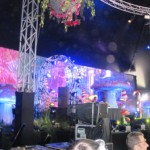 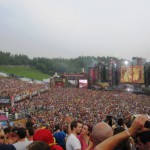 I cannot remember completely all days in Tomorrowland and afterwards it is hard sort all the pictures, feeling and moments. But I know every second was burning wild and insane and I enjoyed it to the fullest. Before Tomorrowland I thought the ticket price of 230eur would be way too expensive, but afterwards 230eur sounds like “no cover” to me.

The most asked question in Tomorrowland: “Is there a life after Tomorrowland?” When I was back home and I could stand any silence with a headache for three days, I was answering it with “absolutely not”. But after a couple of weeks you can you return to your normal life and plan your trip to Tomorrowland 2013. I highly recommend you guys, get ready for the ticket fight for Tomorrowland 2013 in February.

If you lucky bastard will get a ticket, then go for it!! You won’t regret it. And don’t be so endless stupid to sell it for the double price!! That my final statement. See you all in Tomorrowland 2013, when it’s time for the next MADNESS!

If you will be one of the hundred thousands , who were left in the waiting line without any hope to get tickets for Tomorrowland, then I would suggest to wait until the beginning of may and then try to buy a ticket online. Viagogo is a good option to buy tickets for fair prizes.